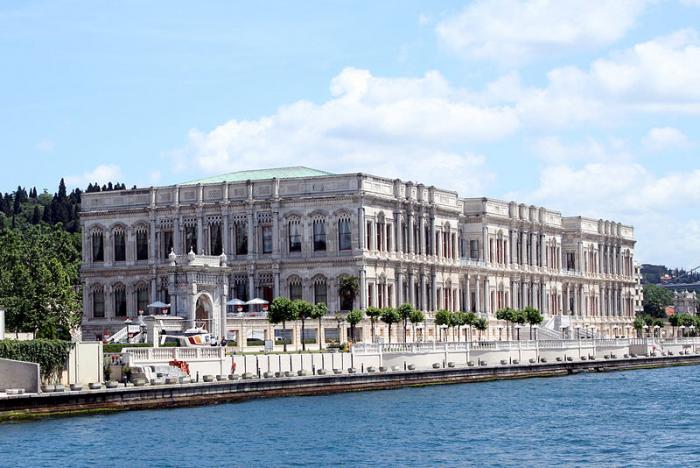 Istanbul is one of the most beautiful cities in the world, which was founded on two continents and has been the capital of two great empires throughout history. There are many beautiful historical palaces that should be visited in this big and beautiful city. You will read brief information about these palaces on the rest of the page.

Topkapi Palace; It was built by Fatih Sultan Mehmet. It was a palace hosted 22 different Sultans and their families and the political center of the Ottoman empire for 400 years here. Topkapı Palace was dominated by an area of ​​700,000 square meters when it was first built. It currently has an area of ​​80,000 m2. Topkapı Palace, which is within the boundaries of Fatih district, attracts the attention of local and foreign tourists today. Topkapı Palace was opened to the public as a museum upon 1924.

Dolmabahçe Palace; It is one of the structures that beautify the Bosphorus and has witnessed important events in its history. Topkapı Palace was gradually abandoned after the Dolmabahce Palace built by Sultan Abdülmecit and the Sultans and family started to live here. The palace, which has 285 rooms and 43 halls, is an important tour destination today. It also has a wealth that cannot be found in any other palace. The furniture, silk carpets and curtains still preserve their originality. Dolmabahçe Palace is known as the place where Mustafa Kemal Atatürk lived while he was in Istanbul. Atatürk closed his eyes to life in this palace. The palace, which is open to visitors, is among the important historical palaces of Istanbul.

Ciragan Palace; It is one of the historical buildings of Beşiktaş. Among the palaces that beautify the Bosphorus, Cırağan Palace hosted the Ottoman sultans and was enlarged and made more beautiful with each restoration. Çırağan Palace, which is visited by tourists today, also hosts distinguished invitations. It is known that during the construction of the palace, it cost 4 million gold in 4 years. You should see definitely the Çırağan Palace in your Istanbul day trip.

Tekfur Palace; It is one of the examples of Byzantine architecture and is within the borders of Fatih district. There is not much information about the construction date of Tekfur Palace and it is the only building from Byzantine palaces.

Yıldız Palace; It is located within the borders of Yıldız Grove in the Besiktas district. There are pools, parks, gardens and mansions in the grove. The palace is also the second largest palace in Istanbul. It was attached to the Ministry of Culture in 1977 and is a very important building in terms of tourism. Today, it attracts the attention of local and foreign tourists and has taken its place among the important palaces of Istanbul.

Beylerbeyi Palace; By Sultan Abdulaziz it was built for hosting foreign statesmen. It is one of the palaces that decorate the Bosphorus. Its furniture, carpets and all other items have been preserved to this day. Beylerbeyi Palace has maintained its importance like other important historical palaces and is now visited by local and foreign tourists.

When would you like to come Istanbul just contact to us we would like to help you for Istanbul Palaces and Istanbul City Tours with our local expert guide.