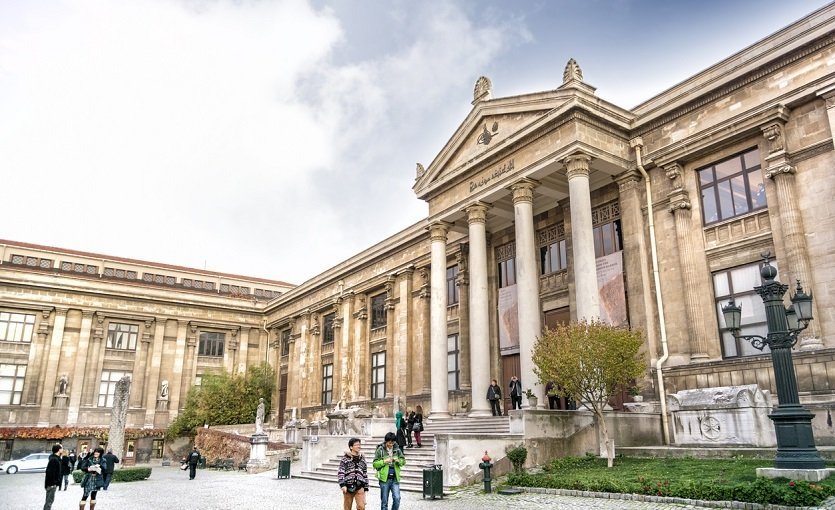 Istanbul Archeology Museum, located in historic buildings and works of history with more than 1 million both in Turkey and in the world is very important. Many local and foreign tourists come to visit each year. To go to the Istanbul Archeology Museums, you must go to Sultanahmet and follow the road from Gulhane Park to Topkapi Palace. Istanbul Archeology Museums consist of three parts; There are three separate museums, namely the Old Oriental Works Museum, the Enameled Kiosk Museum and the Archeology Museum.
The Archeology Museum, built between 1887-1888, contains thousands of important artifacts. A museum was needed for the important artifacts brought from the Sidon King Necropolis Excavation, which is considered to be the most important and successful discovery of the period. The biggest purpose of making a museum is; Among these works are masterpieces such as Iskender Tomb and Tabnit Sarcophagus. The museum was opened to visitors approximately four years after the construction date began. The opening date of the museum, 13 June 1891, is still remembered as the museum day. The left wing was added to the Archeology Museum in 1903 and the right wing in 1907. In this way, today's main museum building was completed. However, later on, various additions were made between 1969 and 1983, with the need for new exhibition halls in the southeast part of the museum building. Turkey's first museum, the Istanbul Archaeological Museum, 8-10 also among the first structures built with the aim of becoming a museum with period nominal over the world. For this reason, it has a very important place in the world. At the same time, Archeology Museums, which preserve its place and importance in the world with the works reflecting various cultural elements of many different ethnic groups, are called living history. Istanbul Archeology Museums, which was selected as the museum of the year in 1993, was awarded the European Council Museum Award. 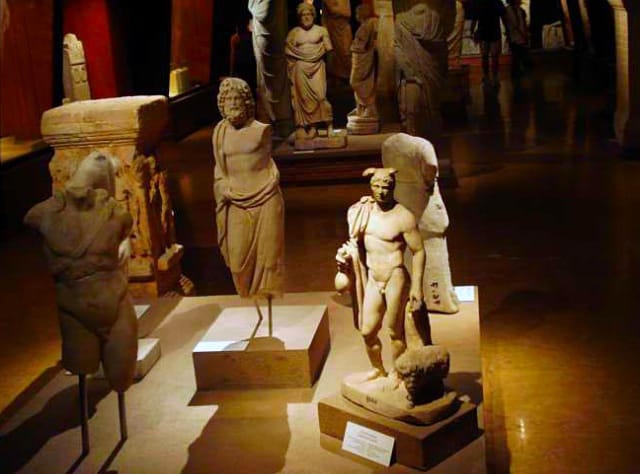 Built in 1883 under the name of Sanayi-i Nefise Mektebi Alisi (Fine Arts Academy) at the request of Osman Hamdi Bey, the Museum of Ancient Oriental Works was used as a school for a long time. Later, due to the move of the Academy to Cağaloğlu, upon the order of Halil Edhem Bey, this school was converted into a museum between 1917-1919. The reason why it is turned into a museum is to exhibit the ancient cultural documents of the Near East countries, which are considered important, to the public. In the museum; Many works belonging to Mesopotamia, Arabia, Anatolia and Egypt are on display. While the Egyptian and Arabian artifacts exhibited in the museum belong to the pre-Islamic period, Mesopotamian and Anatolian artifacts belong to the pre-Greek periods. Since the date of its construction, many exhibitions and repairs have been carried out in the museum, and modern display methods have been used. The works have been classified in a historical classification and the cultures are presented by rearranging according to different historical development order. The new exhibition method has met with visitors since 8 September 2000. It is one of the most important museums with the most visitors today.

Known to have been built inside the Sarayburnu and Topkapı walls in 1472, the Tiled Kiosk; The building, built with the influence of the Seljuk, is the only example of Ottoman civil architecture in Istanbul. The Enameled Kiosk has been converted into a museum under the name of the Imperial Museum since 1880. Since a special area was needed for the exhibition of archaeological and Islamic artifacts, the mansion was converted into a museum. In 1939, the building was transferred to the Topkapı Palace Museum and the works in it were distributed to different museums. Thus, the Enameled Kiosk Museum lost its function as a museum. However, the building, which was restored in 1953 because it was the 500th year of the conquest of Istanbul, was reopened to visitors as the Fatih Museum. The building, which later served as a museum, was used to exhibit Turkish Islamic and Ottoman tiles. As of 1981, the Tiled Kiosk Museum was affiliated to the Istanbul Archeology Museums and tile and ceramic works belonging to the Seljuk - Ottoman periods were started to be exhibited in this museum. The building, which has undergone various restorations on different dates, was completed and opened to visitors in 2005. Today, it continues to serve visitors as a museum.

We would like to help you if you like to go out of Istanbul for a day trip. Just contact to us we will glad to help you with our local expert guides.