Sultan Ahmed Mosque, which is known as the Blue Mosque by many tourists due to its bluish interior decoration tiles, is one of the most important mosques in Istanbul standing next to the Byzantine Hippodrome in the old city center. It was built between 1609-1616 by the Ottoman Sultan Ahmed I. Its architect Sedefkar Mehmet Ağa was the student of the greatest architect Sinan. 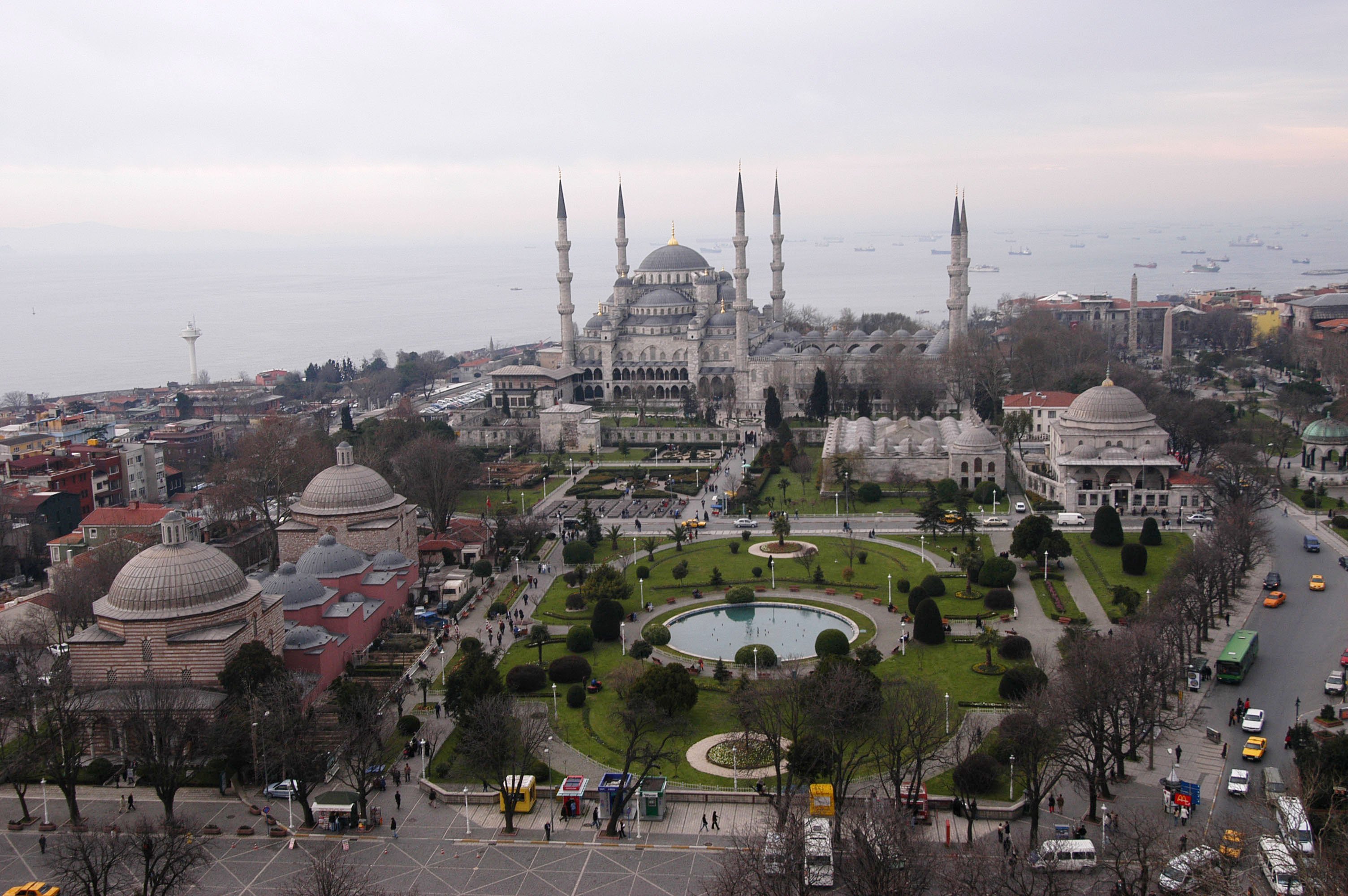 Like all the major and important mosques of that time, the Sultan Ahmed Mosque was built as a complex like a theology school, an imperial mansion, a kitchen for the poor, arcade shops and a small library to raise money for maintenance. The mosque has an outer courtyard that can be accessed through several doors, an elevated inner courtyard with marble floors and surrounded by a portico with a small dome. In the center of this courtyard is a beautiful fountain for dry ablution that is dry today. It is the only mosque in Istanbul with 6 minarets. Four of them have three balconies each, and two have two balconies, each with a total of 16 spiral staircases. The top of the minarets and the domes are covered with lead.
There are 3 entrances to the mosque. After entering inside, the flower and geometric interior decoration and beauty of 21 thousand Iznik tiles, about 260 windows with stained glass and calligraphy of the Quranic verses appear. The 34-meter-high central dome is surrounded by smaller domes and semi-domes to disperse the heavy weight of the main dome, and they are all supported by 4 large columns. The marble niche called mihrap, indicating the direction of Mecca, is aligned with the axis of the mosque. To the right of the mihrap, there is a marble pulpit where the Imam rised and preached. On the other side of the mosque, in the left corner, is the hut where the sultan specially prayed away from the crowd.

It is allowed to take photos and use the flash smoothly within the Blue Mosque. The mosque is usually open to visitors throughout the day, but is closed for a short time during prayers. If possible, a small donation is accepted at the exit of the mosque used for repair and maintenance work.

It is open every day except prayer times. It is also closed on Fridays until the end of Friday prayers.

In the summer, long queues are formed to enter the mosque. We recommend you to visit a local guide with a tour from a local travel agency. If you contact us, we will be happy to assist you with our local expert guide for Blue Mosque tour, Istanbul City tours and Istanbul Bosphorus tours.