Topkapı Palace is one of the biggest and most popular symbol places to visit in Istanbul. It was included in the UNESCO World Heritage List in 1985.

Its construction began in 1466 and was completed in 1478. It was built by Fatih Sultan Mehmet. It was built on an area of ​​80 thousand square meters and the most important parts of the building are two main buildings; Bîrun and Enderun. There are three gates in the Topkapı Palace called Bâbi Hümâyun, Bâbüsselâm and Bâbüssaâde. Harem and Hasbahce garden (Gülhane Park), which is part of Enderun, is on this side a hill overlooking the Bosphorus and the city. It was built on the place known as the historical peninsula. It has been the political center of the Ottoman empire for 400 years. 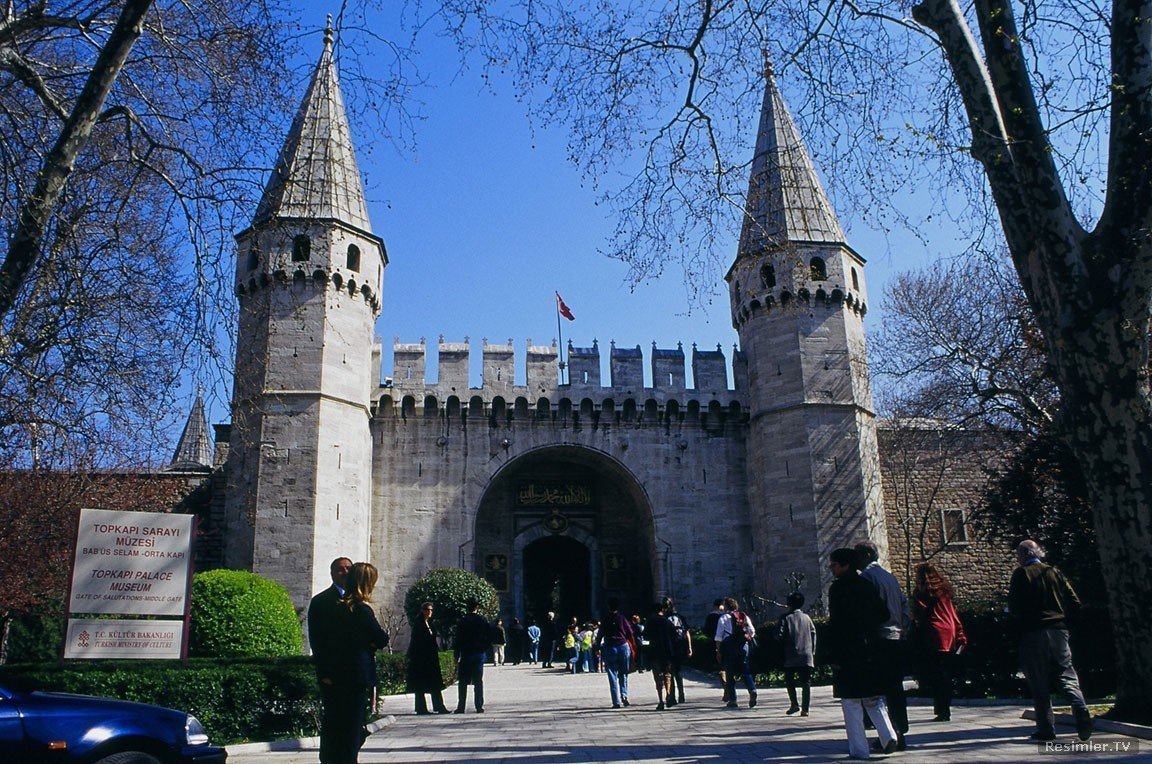 Topkapı Palace has hosted 22 different Sultans and their families in 400 years. Each sultan added a different section or hall to his palace according to his own need. Topkapı Palace architecture is typical Turkish palace. A distinctive element of his plan is a series of open courtyards with trees to provide shade. Each courtyard serves a purpose and is connected by monumental gates. Functional buildings are arranged at the edges of the courtyards.

At first, Harem remained in the Old Palace. After a while Sultan III. Several buildings were added to the palace by Murad and moved to its current location. It is a complex with wives, concubines and children of Harem Sultan. In the harem there were more than 400 rooms dedicated to the sultan's mother, the sultan's wives, concubines, baths and the circumcision room. Today, Harem is a separate museum within the palace complex.

Topkapı Palace was opened to the public as a museum upon the order of Atatürk in 1924. Today, there are many sections that can be visited in Topkapı Palace. The palace's visit will take half a day. In some exhibition halls there are the Treasury, the costumes of the Sultans and the Sacred relics. Please note that you are not allowed to take photos here.

The Topkapı Palace museum is currently the most visited museum in Istanbul and receives about three million visitors a year. Especially in the summer, there are long queues due to the large number of visitors. For this, we recommend you to make local expert guided tours from travel agencies.

Hope to see you soon in Istanbul. If you contact us, we will be happy to assist you with our local expert guide for Topkapi Palace tour, Istanbul City tours and Istanbul Bosphorus tours.