Turkish baths are a part of Turkish culture. Baths used as bathing, purification and even healing places in every period. Most of the historical baths were built by magnificent Mimar Sinan. Public baths, which are still actively used today, continue to keep this culture alive.

In Turkish culture, hot springs and baths are important meeting points not only in terms of health, but also in terms of social and cultural activities. This culture, which has survived without losing its charm until today, continues to be kept alive in historical baths built with an architectural aesthetic. When we look at the baths in Anatolia, we come across two types of baths that serve by natural and heating. The baths where the natural water source is used are called hot springs, and the baths that are known to be healing and have drinking water are called Icmece. Baths were also used for rituals that have a place in social life such as birth, marriage and death.

Below of the page, you will see the most famous and popular Turkish baths of Istanbul.

Cagaloglu Bath built in 1741. It is one of the historical baths of Istanbul. It is on Yerebatan Street starting from the Basilica Cistern. Another feature of the bath is the baroque style in its structure. Cagaloglu bath still attracts international attention as one of the most famous Turkish baths in the world. This bath served many famous names and hosted series and movie shootings. It is a great historical place to be seen.

Süleymaniye Bath built in 1552. It is one of the oldest baths in Istanbul and is a very popular place. The most important feature that distinguishes the Süleymaniye Bath from other baths is that it accepts couples together. There is no distinction between men and women in traditional bath culture in this bath. It is the most preferred bath by foreign couples who want to experience the Turkish bath experience together.

Galatasaray Bath built in 1481 by order of Sultan II. Beyazıt. As it is located in Beyoglu district, it attracts the attention of local and foreign tourists. It is the only Turkish bath, which is a touristic facility under the Turkish Ministry of Tourism. It is an ideal Turkish bath for those staying near Taksim Square.

Historical Aga Bath is the oldest Turkish bath. Since it built in 1454. It is located in Cihangir district of Beyoglu. It is one of the rare baths where couples can enter together. It is an ideal Turkish bath for those staying near Taksim Square.

It was built in 1640 by order of Kösem Sultan. It is in the district of Uskudar on the Asian side of Istanbul. It takes its name from the special tiles used in its construction. Another factor that makes the Tiled Bath, which is also used in various art projects, is that its domes are high compared to many baths. 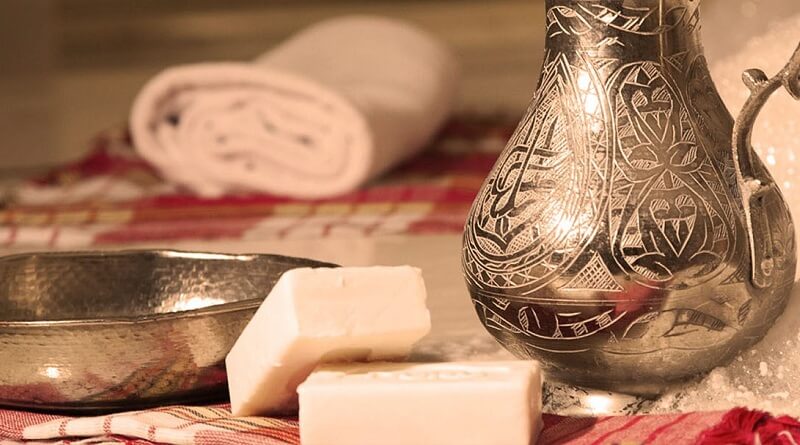 Hürrem Sultan Bath, which is now called Hagia Sophia, built by Mimar Sinan in the 16th century. The bath was actively used until 1910. After being closed for a long time, it was put into service again in 2012.

The traditional Turkish bath named after Kılıç Ali Pasha, one of the most powerful names of the Ottoman navy; It has a majestic appearance that was completed in 1583. It is located in Tophane, one of the oldest regions of Istanbul that is compatible with maritime. It is one of the most beautiful buildings built by Captain Sinan, by Captain Ali Pasha. It was built to serve sea soldiers. Kılıç Ali Pasha Bath, which started to host its guests again after a comprehensive restoration lasting 7 years, is a place worth seeing.

Gedikpasa Bath was built by Gedik Ahmet Pasha in 1475 by Architect Hayrettin, one of the most famous architects of the Ottoman period. The bath is a double bath consisting of male and female sections. Gedikpaşa Bath is one of the important works of Ottoman Architecture in Istanbul. Located in the city center, 250m away to the Grand Bazaar.

Two large mosques and complexes were built in Mimar Sinan, in Üsküdar and Edirnekapı, on behalf of Mihrimah Sultan, the daughter of Suleiman the Magnificent, Hürrem Sultan. According to historical sources, it was built by Mimar Sinan in a plan scheme that was common in the classical period in the form of a double bath in 1562-1565. Mihrimah Sultan Bath has an important place in the culture of Turkish Bath.

Kadırga Bath is a historical Turkish bath, which is divided into two parts as the men's section and the women's section, serving every day of the week between 08.00 am and 21.00 am. This bath takes its name from Kadırga, the district where it is located. In terms of prices, this place is cheaper than other baths.

Vezneciler Bath, which provides mixed service to women and men, is in Fatih district. The rooted history of the Vezneciler Bath dates back to 1481. Although this place is mentioned as a double bath; today the building is not true to the original. Among the services you can get from the historical bath, there are also current practices such as sauna or foam massage.

We will be happy to see you in Istanbul. If you contact to us we will be glad to help you for Istanbul tours with our local expert guide.